Why did Australia go to war? 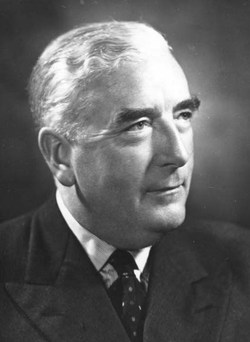 On 3 September 1939, Prime Minister Menzies announced the beginning of Australia's involvement in the Second World War, on every national and commercial radio station in Australia. The broadcast began at 9.15 pm. It was a controlled and sombre performance in which he asked an anxious nation to steel itself for a new war, the second within the memory of most of his listeners. Below is an audio recording and edited transcript of the broadcast:

"Fellow Australians, it is my melancholy duty to inform you officially that, in consequence of the persistence of Germany in her invasion of Poland, Great Britain has declared war upon her, and that, as a result, Australia is also at war. No harder task can fall to the lot of a democratic leader than to make such an announcement. Great Britain and France, with the cooperation of the British Dominions, have struggled to avoid this tragedy. They have, as I firmly believe, been patient; they have kept the door of negotiation open; they have given no cause for aggression. But in the result their efforts have failed and we are, therefore, as a great family of nations, involved in a struggle which we must at all costs win, and which we believe in our hearts we will win ...

It is plain - indeed it is brutally plain - that the Hitler ambition has been, not as he once said, to unite the German peoples under one rule, but to bring under that rule as many European countries, even of alien race, as can be subdued by force.

A halt has been called. Force has had to be resorted to check the march of force. Honest dealing, the peaceful adjustment of differences, the rights of independent peoples to live their own lives, the honouring of international obligations and promises - all these things are at stake.

Bitter as we all feel at this wanton crime, this is not a moment for rhetoric; prompt as the action of many thousands must be, it is for the rest a moment for quiet thinking; for that calm fortitude which rests not upon the beating of drums, but upon the unconquerable spirit of man, created by God in His own image. What may be before us we do not know, nor how long the journey. But this we do know, that Truth is our companion on that journey; that Truth is with us in the battle, and that Truth must win.

Before I end, may I say this to you? In the bitter months that are to come, calmness, resoluteness, confidence and hard work will be required as never before. This war will involve not only soldiers and sailors and airmen, but supplies, foodstuffs, money. Our staying power, and particularly the staying power of the mother country, will be best assisted by keeping our production going; by continuing our avocations and our business as fully as we can; by maintaining employment and with it our strength.

I know that, in spite of the emotions we are all feeling, you will show that Australia is ready to see it through. May God in His mercy and compassion grant that the world may soon be delivered from this agony".

Questions to consider for your fact sheet: